A Guide to Sushi

Many people are put off of trying Sushi – the great Japanese delicacy that has swept the world – because there is a “mystique” attached to the seaweed rolls and neat little rectangles of seafood that constitute a sushi selection. 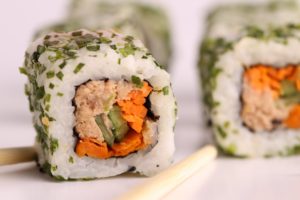 We’ve therefore put together this guide to sushi, to make things clearer and hopefully – if you haven’t already sampled any sushi delights – give you the confidence to have a go.

If you’re just starting out on your journey of discovering sushi, why not start by buying a tray of sushi rolls in the supermarket. If you enjoy those, you will absolutely relish the delicious flavours you’ll find in one of the dedicated sushi restaurants that have sprung up all over the country. You can also make sushi yourself at home – it’s a lot easier than it looks, and the ingredients for making super sushi (including the seaweed, known as nori) freely available.

The aim of this sushi guide is to help you understand a sushi menu and recognise the different pieces of sushi you will see displayed tantalisingly in restaurants and shops. 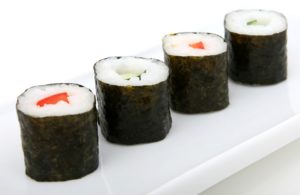 Maki is the most basic of the sushi items; the one most familiar to Western diners. Cooked sushi rice is laid onto a sheet of seaweed, topped with a filling such as vegetables or fish (or a mixture of the two), and rolled into a long tube which is then sliced into rounds.

Cucumber, sweet peppers, salmon, tuna and egg (omelette) are the most common fillings for Maki rolls. 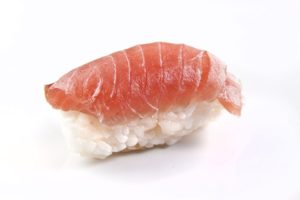 Nigiri Sushi consists of a small moulded rectangular cake of sushi rice topped with a thin slice of fish. In some cases, the fish might be raw, but more often smoked or pickled fish is used. Favourite toppings (known as neta) are tuna, eel, haddock, shad, snapper, octopus, or shrimp.

Some Sushi chefs have speciality Nigiri which uses a combination of toppings, and sometimes the toppings are held in place by a thin strip of seaweed (nori). 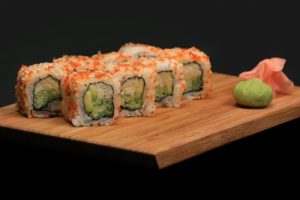 Literally an “inside-out roll”, Uramaki is similar to Maki sushi except that the rice is on the outside, and the seaweed wrapped around the filling in the middle. The finished Uramaki roll is usually coated in sesame seeds or fish roe. Fillings vary, most commonly being tuna, crab meat, avocado, cucumber and carrot.

Uramaki is a Western take on Sushi, and not found commonly in Japan, probably because in Japan sushi is usually eaten with the fingers, and the rice may be a bit crumbly and hard to handle. 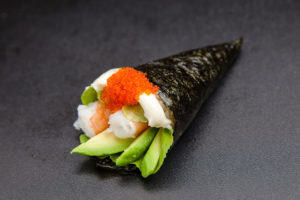 Temaki sushi, also known as hand-rolled sushi, is a popular casual Japanese food. You won’t usually find it at formal sushi restaurants, but it’s a quick and easy way to enjoy a sushi snack at home. Temaki consist of a sheet of seaweed, spread with sushi rice and various fillings (neta), which is then rolled into a cone, dipped into sauces and eaten. 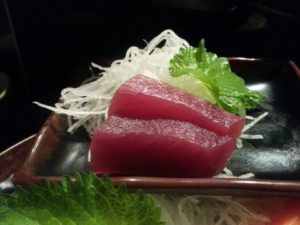 Designed for the enjoyment of true fish fanatics, Sashimi is not strictly speaking anything to do with sushi! We have however decided to include it here because it is often confused with sushi, and is generally available in most sushi bars and restaurants. Sashimi is raw sliced seafood, fish or meat, usually served draped over a garnish of shredded white radish. Illustrated is fillets of tuna served as sashimi.

Sashimi is, in fact, usually served as a first course in a Japanese meal. Understandably sashami needs to be eaten very fresh, because of the dangers inherent in eating raw flesh, particularly seafood.

Continue to Sushi condiments & How to Eat Sushi

Return to the Index of Dentons Guides 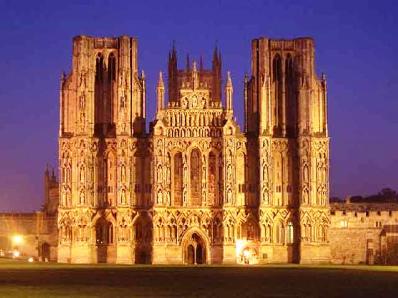