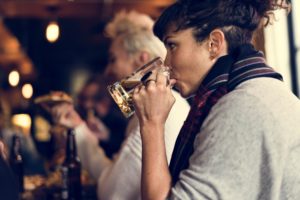 Cheers! If you’re seeking a brilliant brew you’ve come to the right place. The West Country is renowned not only for awesome ales but most especially its delicious apple and pear ciders. Local festivals are the place to grab a taste of the tempting tipples, and we’ve rounded up a list of the best fests of the West!

For several years the Camra Beer and Cider Festival held by Camra (Campaign for Real Ale) in Gloucester has wowed the crowds, both with the scope and variety of brews on offer and the convivial atmosphere that prevails.

Held at the end of April the Festival offers more than 100 real ales and 25 varieties of cider and perry, along with a well-stocked local artisan cheese bar. Live music keeps the crowds entertained, but those who prefer to savour the flavour of their brew quietly can make use of quiet rooms.

Held each year in mid-August, the Cheltenham Real Ale Festival is a hearty celebration of beer and cider, with a choice of more than 100 different brews to soak up!

Run over two days, the Festival is organised by Camra with several local sponsors, offering food and a programme of live entertainment.

An annual celebration of cider, the Portcullis Cider Festival is held in early August to co-incide with the Bristol Balloon Fiesta.

There are upwards of 25 ciders and perries to sample and savour, with tasty tidbits like free range pork pies and delicious local cheeses.

This rather unusual event, which happens annually over August Bank holiday weekend, combines the sport of lawn mower racing with a rollicking beer festival, live music, a classic car show and a day of family fun.

The beer festival starts on the Saturday and continues through until the racing is over on the Monday, right through the performances of headline bands from around 6pm to midnight on Saturday and Sunday.

Fun and games include everything from face painting and soft play to bungee trampolines and a climbing wall.

The first weekend in September is usually the date to diarise for this jolly brush with the best of brews. Dozens of local ales and ciders are on offer, complemented with a full programme of entertainment and plenty of delicious fare to soak it all up, from 6pm to midnight on the Friday, and noon to midnight on Saturday.

The Festival is organised by the Rotary Club of Somer Valley in aid of their charities.

German-inspired in the style of the legendary Munich Oktoberfest, but ge

nerously supplied with liquid gold by local West Country breweries such as Butcombe Brewery, Bristol Beer Factory and Hopback, the Weston-Super-Mare Grand Pier rocks to the tune of a foot-stomping Bavarian Oompah Band in early October.

Entry is free and the action all takes place under cover, so no need to worry about the weather.

After taking place each April/May for more than 15 years, the annual beer and cider festival at the Seend Community Centre has become a major event for this Wiltshire village, drawing plenty of patronage from the nearby towns of Melksham, Devizes and Trowbridge.

With a very jolly atmosphere, the Festival offers a taste of around 40 luscious local brews, a hearty hog roast, playground for the kids and foot-tapping live music from the likes of the Melksham Ukulele Social Club.

The Chippenham Beer Festival has been slaking the thirsts of locals and visitors with a wide selection of wonderful ales, ciders and perries for more than a quarter of a century.

This popular event is a showcase not only for local brewers, but also local entertainers and groups, who provide live music across the Friday evening and Saturday opening hours.

There’s a whole lot of weekend fun to be had each July in the little Somerset village of North Newton, in the parish of North Petherton near Bridgwater.

Over Friday and Saturday the village plays host to a group of happy campers, who come to sup local ale and cider and listen to a rollicking musical line-up.

The campsite opens on the Thursday, and the festival site opens from 6pm on the Friday, running through to 1am, then again from Saturday midday to 1am.

Venue: Find the festival signposted off the A38 between Taunton and Bridgwater, TA7 0DS

The organisers of the Nailsea & Backwell Beer and Cider Festival have one stated goal: “to get good music, great beers and ciders and thousands of pounds raised for charity”.

This they have accomplished every year in July since 2004, and the festival draws ever-increasing numbers of revellers from not only the town itself, but also from the neighbouring city of Bristol.

The list of keg beers and super scrumpies on offer at this feisty Festival makes it surely one of the best-stocked events of its type in the UK. 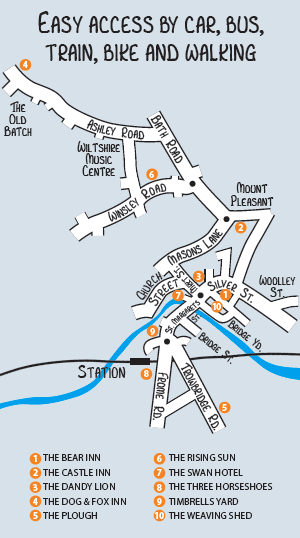 pubs between November 1 and 14, 2015. It’s the first year that the town’s watering holes have clubbed together to establish an Ale and Cider Trail, that should ward off the Autumnal chill!

To follow the trail pop into one of the participating pubs on the map shown and pick up a leaflet.

This is a popular annual music and beer festival held in July in the grounds of the village cricket club at picturesque Stogumber in Somerset. Full of the fun of a village fair this family-friendly event is organised and staffed by volunteers to raise funds for the club and local causes.

A rollicking annual festival held in May that features a wide range of ciders and perries, sizzling gourmet sausages, live music, rugby matches a fun fair and plenty of stalls.

If you would like to add details of any other West Country Beer & Cider festivals to this list, please email the details to lucille.parker@dentons.net.